I finished these mittens this week. 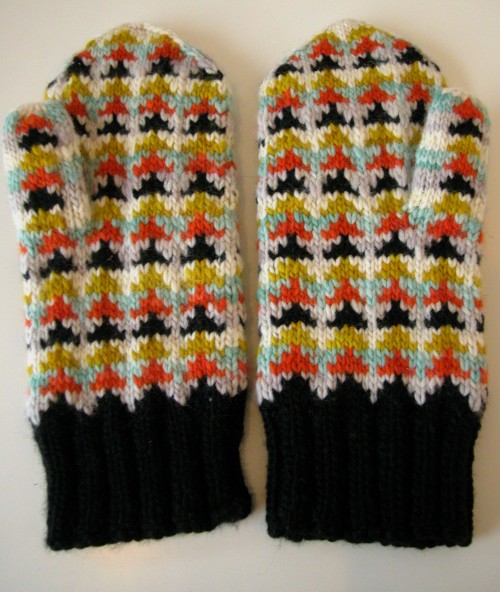 Designed by me, on account of this scarf ↓.  I needed a go-with for it.
I decided I wanted to pick up on the triangle motif without directly copying it.  The yarn came from left-overs.  Odds and sods of soft Manos del Uruguay Maxima and Malabrigo Worsted, both are 1 ply merino wool, and the very same yarn that comes in all those fun, neon colours I spoke of last time. 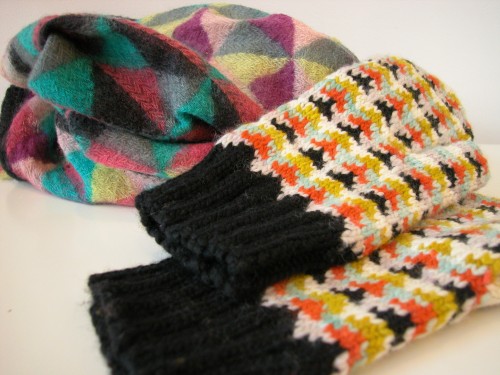 A ribbed cuff followed by the easy fairisle pattern does the trick for keeping the chilly winds out.  There were a lot of ends to darn in which I seemed to do gladly, but you can minimize this by choosing 2 colours only.  Yes- I am giving you the pattern.  Right here! Right now! Here we go…..

Work in pattern for 8cm, 3” more (7 stacking triangles created) it should cover your pinkie when you try it on.

Decreases
Note: In this example all the decrease sts were knit with the lighter colours to keep a consistent edge.
In pattern, work 27 sts, pm, work to end of round pm
SSK, work in pattern to 2 sts before marker K2tog (twice)
Repeat this decrease rnd till 10 sts remain
Break yarn and run through remain sts.  Cinch tight and darn in end on the inside of the mitten 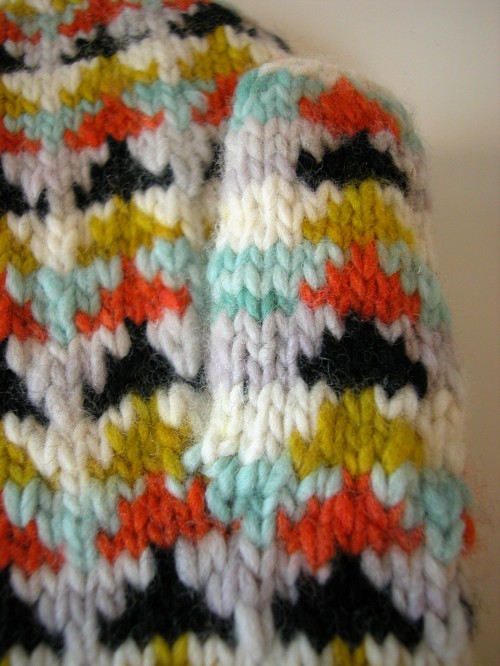 I call this pattern the New Order Mitten, in reference to the wonderfully snappy song ” Bizarre Love Triangle” by New Order.  Listen to it here, it’ll put some spring in your step.

2 responses to “Triangulate this!”